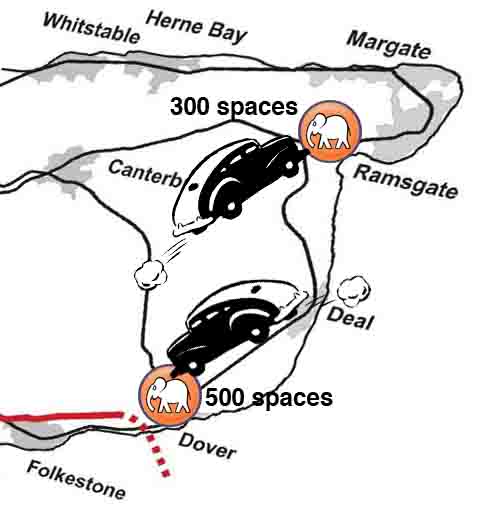 Millions are planned to be spent building huge car parks at either end of our line - they'll waste money encouraging us to drive out of Deal and sandwich on unsuitable roads, but they won't save our trains!

We  want  good  services  from  our local  station -

Plans for a 500-space multi-storey car park at Dover Priory date back to 2009, when there were no HS services to Deal and Sandwich. This out-dated concept would encourage more cars onto inadequate and already congested local roads - while trains rattled past empty.
At the other end of the line, they plan to build "Thanet Parkway" station, is a £10.2 million project for an unstaffed halt with a large 300-space car park out in the marshes near the new East Kent Access Road ("EKA" on map) 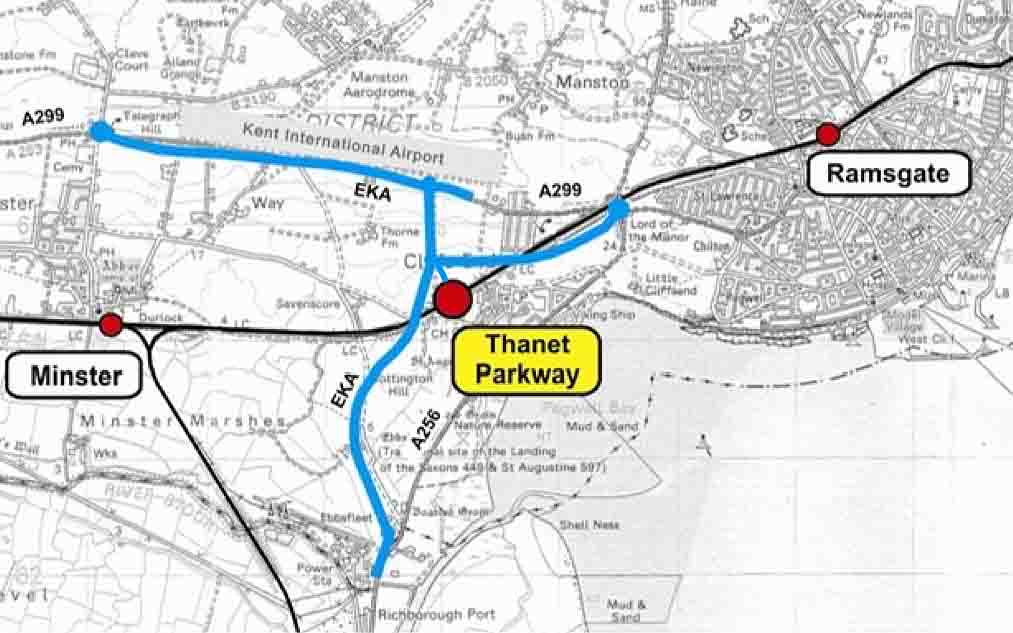 ...unlike the proposed "Thanet Parkway Station". which would be out in the marshes between Minster and Ramsgate - closer than Ramsgate station, but still a lot further than Sandwich. Is this good value for £10.2 million??

Discovery Park proposes to invest in a linking shuttle-bus service between the Science Park, the town centre and the station where improved car parking and drop-off facilities would also help . Strengthening travel links between Discovery Park and Sandwich station will also benefit local service businesses.

Of the alternative rail connections on the Canterbury-Ramsgate line, Ramsgate station is 6.3 miles away, and the proposed Thanet Parkway station would be about 4.3 miles distant and even if approved is not likely to be constructed during the 4-year life of the franchise extension. Whether or not the Thanet Parkway project goes ahead, the best way to support the IMMEDIATE prospects for Discovery Park is to improve high speed services to Sandwich.

They Can't Afford to speed up the line to Thanet Parkway, even if they do build the station 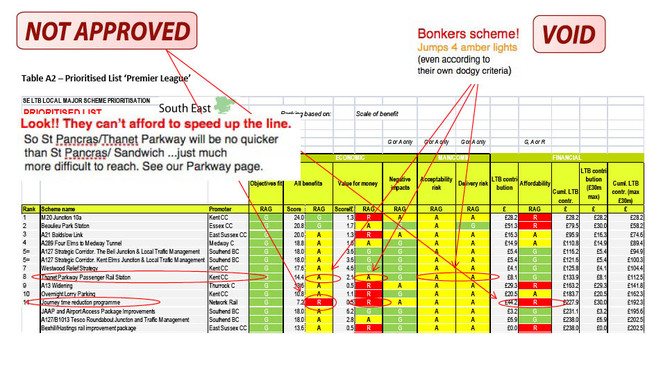 Below is a link to the minutes and report of the July 2013 Meeting of the South East Local Transport Board, the sub committee of the SELEP (South East Local Enterprise Partnership) that decided to spend £10.2 million building the new station in the middle of the marsh. We have marked up page 10 of the report above. You can see that the Parkway station jumps four amber lights according to the marking system and the associated work to speed up the line hits three red ones.
click